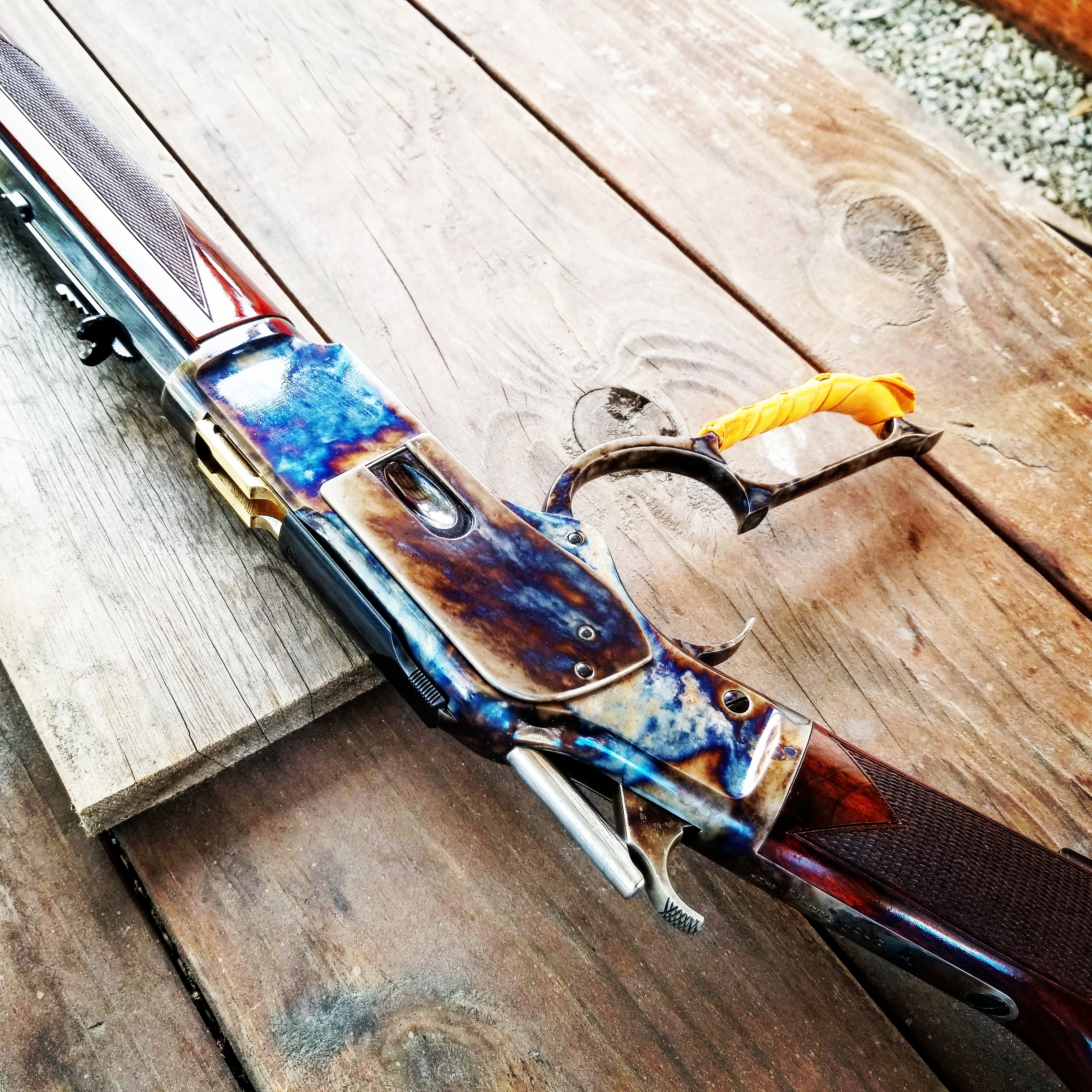 We've been drooling over these case-hardended cowboy guns since they went out on the floor here at Wade's, we just can't put them down. We have the Cimarron Arms Thunderer and the Taylor's & Co. 1873 Comanchero Lever Action.

Case-hardening is the process of hardening the surface of a metal object while allowing the metal deeper underneath to remain soft, forming a thin layer of harder metal (called the "case") at the surface.

The Cimarron Arms Thunderer is chambered in 45 Long Colt, with a 3.5 inch barrel, a blue finish and a case hardened hammer and frame. To paraphrase the famed film director John Ford, "If this isn't the way the Old West sixguns were, it's the way they should have been!" The Thunderer, a full-sized Model P, peacemaker-style single-action revolver that was designed by Cimarron founder and president Mike B. Harvey and made on the Old Model (pre-1896) frame and "bullseye" ejector head. However, as a departure from the traditional peacemaker-style arm, this six-shooter utilizes the natty birds head grip, and is much like that carried by Val Kilmer's "Doc" Holliday in the 1993 hit Western, Tombstone. Cimarron's Thunderer is available in the 4 3/4-inch barrel or the 5 1/2-inch barrel, as well as a 3 1/2-inch barreled version, that makes for a superb carry single action